Ramsey Island, one of the most overlooked of Pembrokeshire’s islands in my opinion. Having only gone for a trip around the island in my twenty eight years I can’t believe I haven’t visited it before! It’s an absolutely stunning place, and what a better time to visit as when the Atlantic Grey Seal pup are being born. This trip was mainly to get content for an upcoming book I’m co-creating (out in 2015) and we visited at the peak of the pupping season. Setting off from St.Justinian’s Lifeboat station in the morning with nearby Ramsey looming in the distance, it’s main peak; the Carnllundain shrouded in mist, there was a distinct autumnal feel to the air. It’s quite a quick crossing compared to the Skomer boat trip. On approach to the landing point there were a good handful of Seals bobbing about, mainly male bulls protecting there little part of this magical island fending off other males. After meeting the lovely Greg & Lisa (RSPB wardens) Lisa showed us to a small cove where there were some newborn pups. 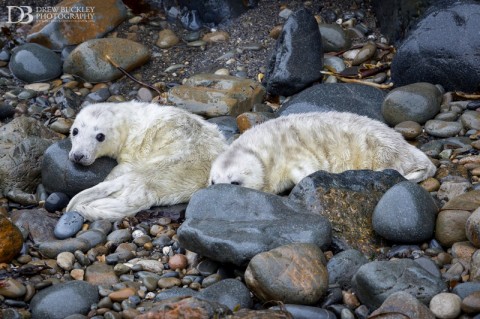 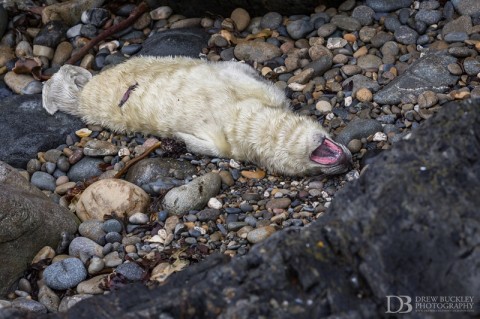 These little guys are incredibly cute with their big eyes and fluffy white fur, reminded me of my dog when he was a puppy. Their mum wasn’t too far away as she swam nearby in the crashing waves. 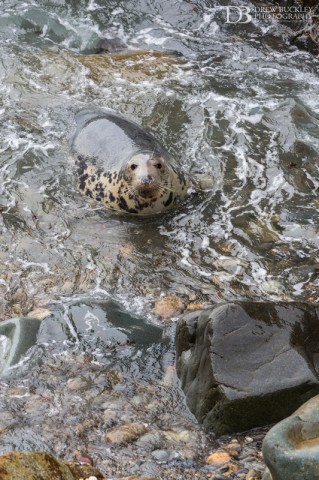 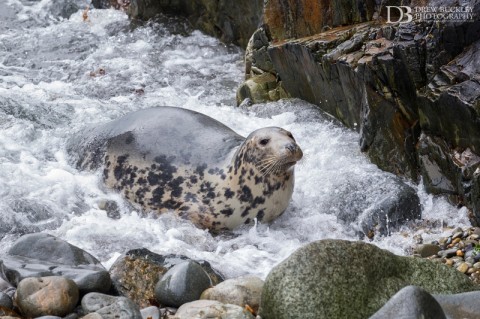 It appears such a harsh environment to live in to us, but they’re in their element; and extremely well camouflaged with the rocky bay, something I’d never noticed before. She came into the cove to check them out, which made for some lovely intimate shots. 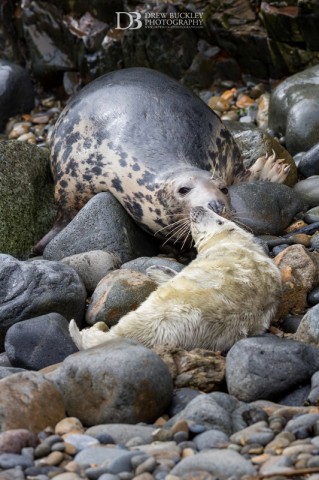 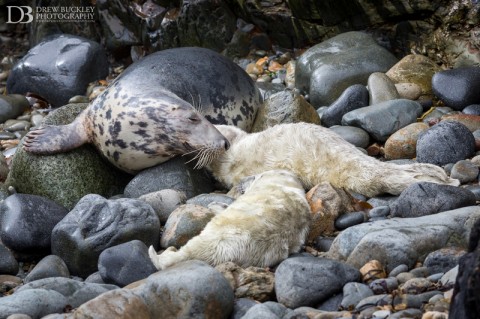 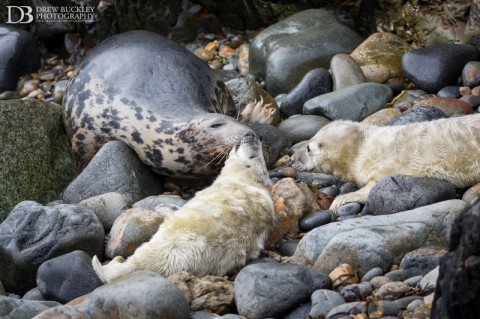 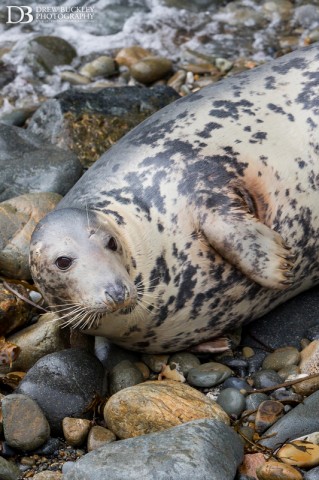 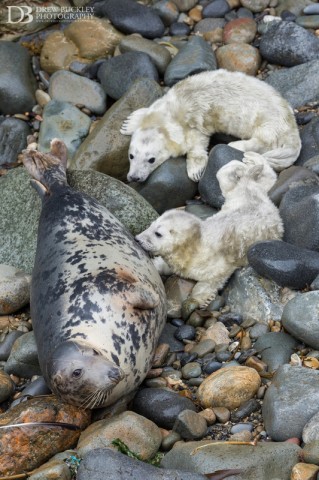 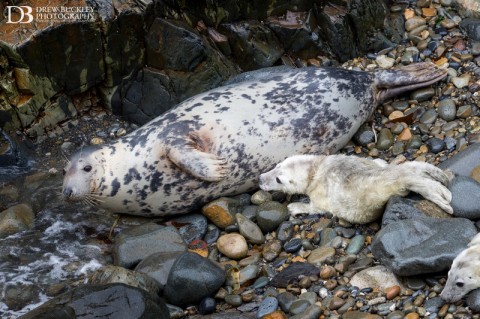 Seeing the pup suckling and feeding from it’s mother was a real privilege to witness, I’ve only ever seen them hauled up on beaches from above, not really doing much so to be close to a wild animal conveying such behaviour was the highlight of the day for me, and we’d only just got off the boat!

Heading up the track passing the warden’s house gave us a good view of the coastline and back to the mainland. 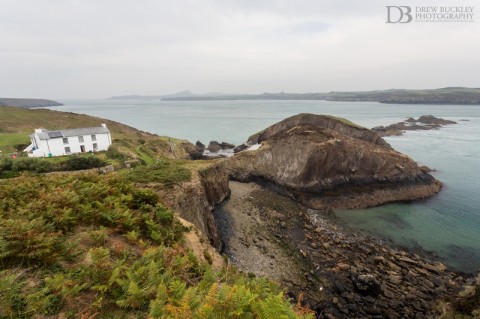 Another draw to Ramsey Island is their stock of Red Deer, usually I have to venture to the Highlands of Scotland to get views of this beautiful British mammal, but here it is on my doorstep! As they’ve got general free roam of the island, it can be tricky finding them but luckily the very helpful ranger managed to track them down for us, so we could just enjoy the view.  Obvisouly as this is quite a small island, they’re quite used to seeing people so it made we could get close enough for some nice images. 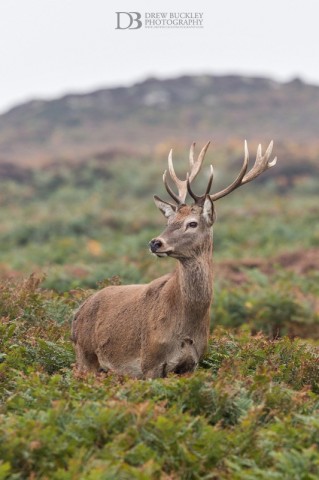 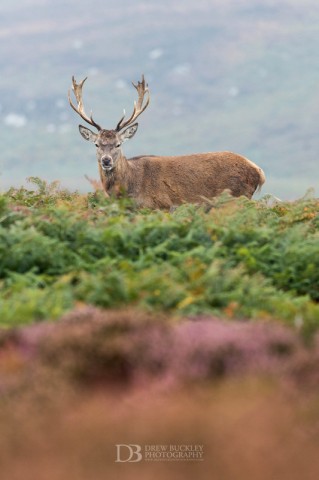 They were feeding in some bracken and the heather was just turning but still pink enough to include in some habitat shots. 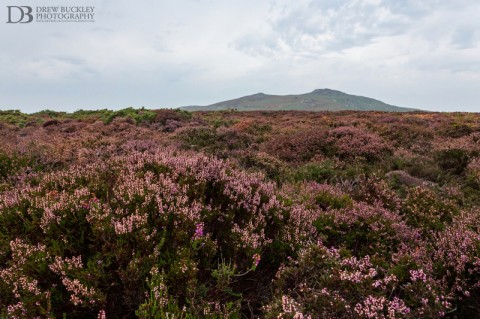 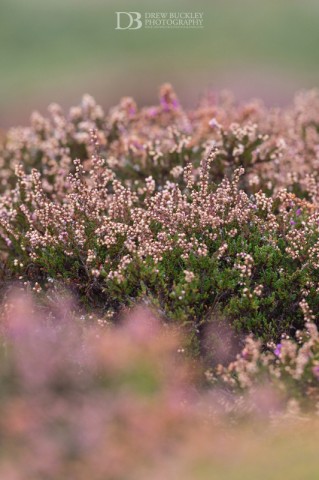 Another aspect to Ramsey Island I fell in love with is the stunning landscape around it’s coastline, particularly Aber Mawr bay. Huge cliffs and scree slopes surround this vast beach strewn with Seals, rugged cliff top rocks covered in all types of moss and Heather it really is an amazing place – reminded me of some of southern Iceland’s coast, in its similar appearance and ruggedness. 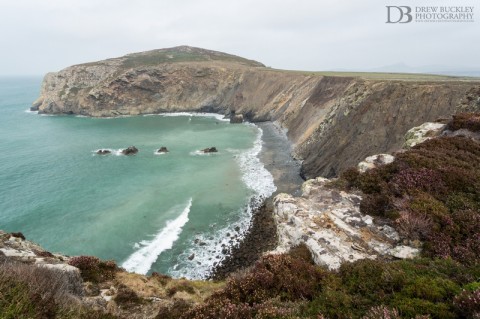 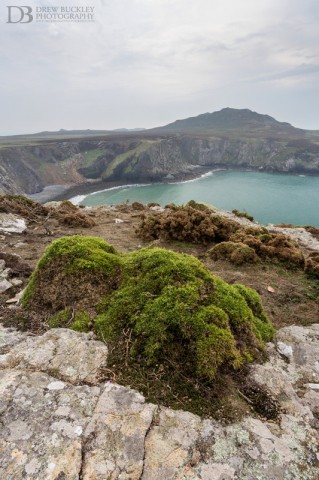 Also from to cliff tops it gives you a great view of the Seal colony below, allowing to hone in and pick out little scenes. 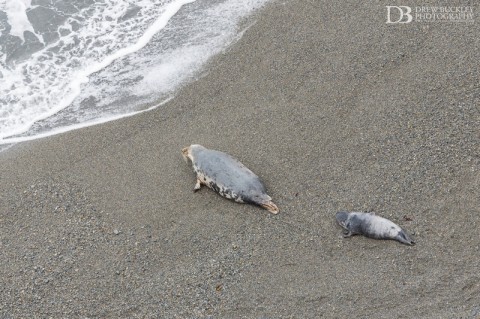 September is tailing off in regards to bird density on the island, you get the usual seabirds and coastal species such as; Wheatear & Stonechats, another main resident of the island is the Chough. Quite rare across the rest of Britain I do see my fair share of these striking Corvids along the Pembrokeshire coastline, a good stronghold for them. If you’ve never seen one before you could mistake them for a Crow or a Rook. From the same family they differ with their distinctive blood red beak & feet. Their flight is quite unique as well when they’re in groups they do a lot of undulating and diving, a real spectacle to watch and you get the real impression they’re flying for the fun of it, which always makes you smile! 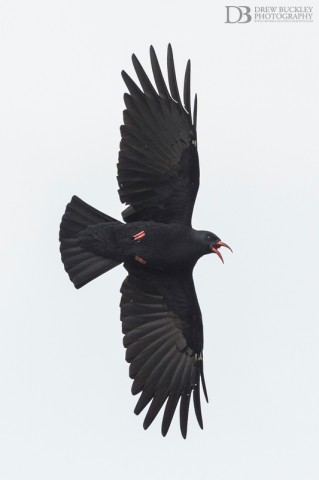 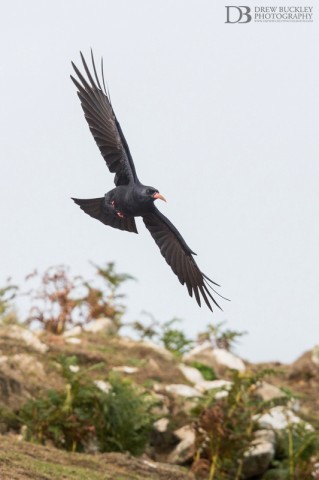 After that we explored some of the rest of the island, pretty much every little cove and bay you stumble across is filled with Grey Seals and their pups. 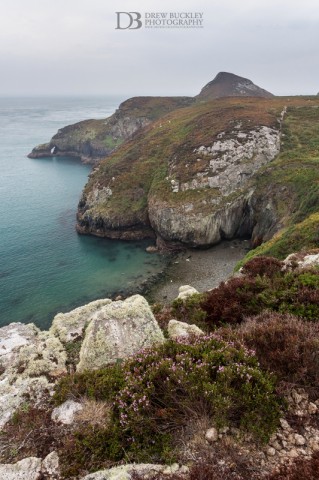 It’s a real wildlife haven for these guys all throughout the year. A truly magical place and one I’ll definitely be returning to next spring for the spring flowers and sea bird colonies. Thanks again to Greg & Lisa for showing us around, without you we would have never seen so much in such a short space of time.

As always prints available of most images and please subscribe to my blog using the box on the top right of the page, and enter your email address to receive further updates. Also follow me on social media by clicking the logos below. Thanks!