With the days getting warmer and nights getting shorter, it’s time for me to start venturing out again to my local Badger setts to see what’s been going on over winter. This year I’ve added another trail cam (Bushnell HD 119437) to the arsenal to capture the night time activities of these lovely woodland creatures. This will help me judge firstly how many there are at each site, get them used to my scent and also give me a good idea of what time they’re appearing in order to visit in future weeks with the hide, to hopefully capture some images of them with the camera. So far I have spent around six evenings at my setts before sunset and have seen activity at each of them, on my main one over the last few days I’ve had my trail camera out and am very pleased to witness there are two adorable cubs bounding around, such a joy to watch so without further ado, please find some videos below. It’s in reverse order to save scrolling to the bottom on every update.
Update – 21st May 2013

Hot off the press these images taken less than an hour ago – thought I’d test out using the 1D Mark 4 at the sett this evening, to see if they were bothered by noise. They were! Up til now I’ve been using my 5D Mark III with it’s handy silent shutter mode, whilst it isn’t completely silent it’s a lot quiter than the 1D’s and the sow proved that by legging it after a few clicks. Thankfully for me, I managed to get a few shots and the 1D’s ISO performance is still pretty good in the higher numbers as the 5D. 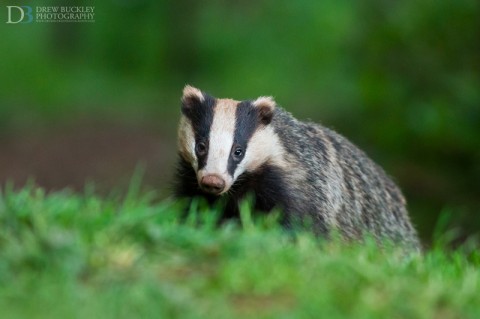 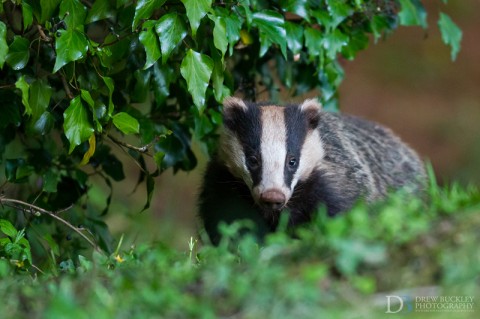 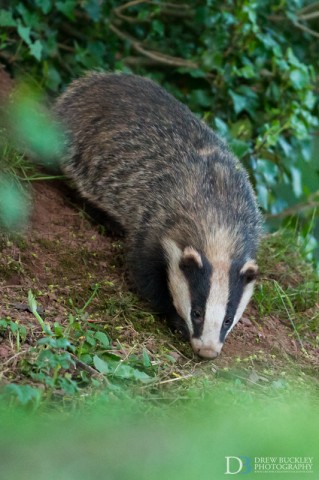 Next session will definitely be resorting back to the 5D to go un-noticed.

Bit quiet on the Badger front, bad weather and busy elsewhere meant limited time in the hide this week – only just collected the memory cards from the trail cams with a weeks worth of videos on them, so will be a while going through them. All cubs seem to be present and growing fast! Managed some time in the hide on Thursday evening and here’s a few images of the main female, came out around five past nine so ISOs were either 6400 or 8000. 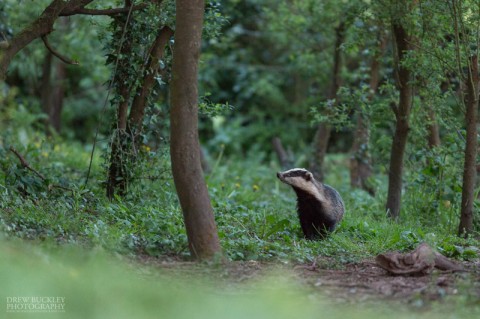 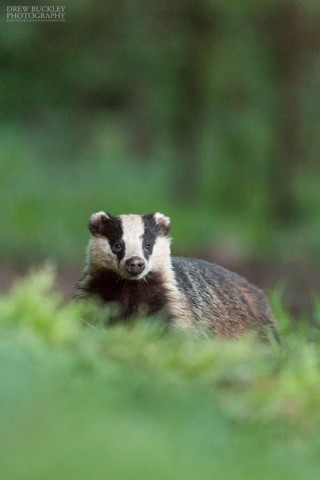 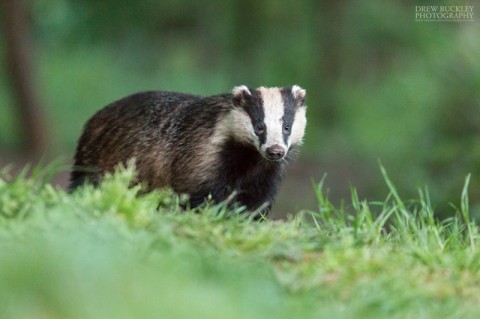 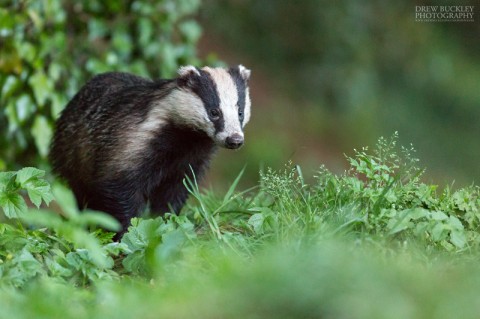 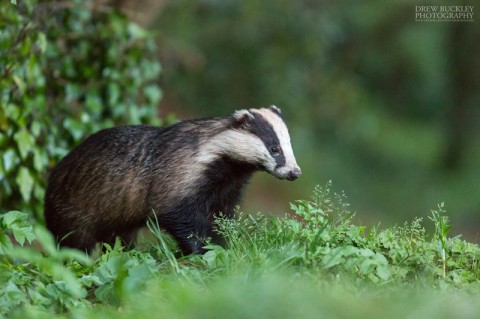 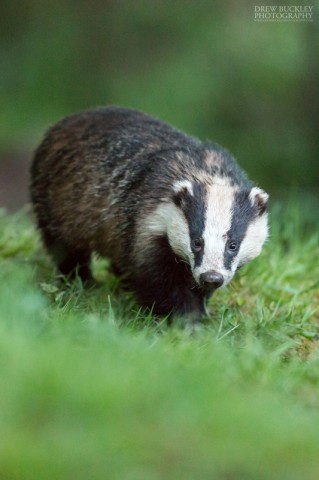 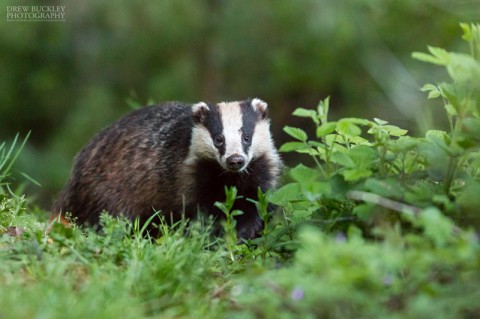 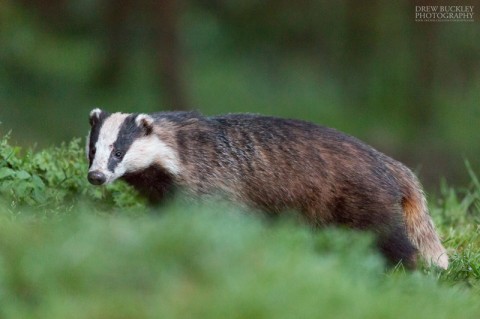 Still a few previous session images and some night videos to fill in as and when.

A very blustery but sunny evening yesterday, made me wonder if they would turn up as sometimes they can be put off by unsettled weather due to impeding their sense of smell. Back at Sett A a young dog (I think?) Fox turned up for a look-about. Didn’t hang around long but manged to catch it. 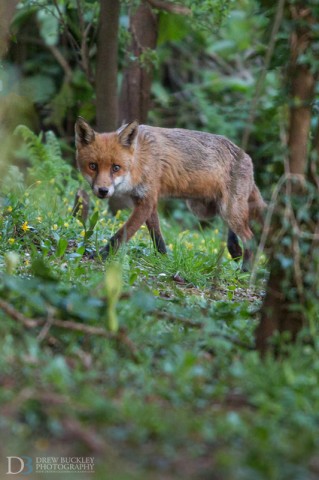 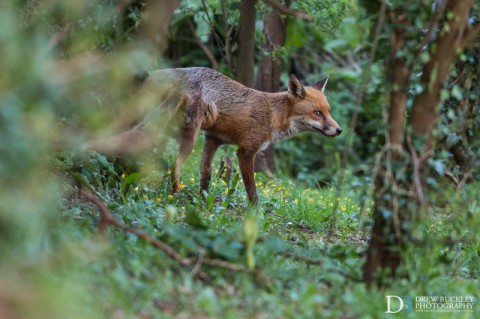 A while passed and then the male Badger from the previous evening appeared. I thought I noticed some injuries to it the other evening but managed to get a closer view tonight. A definite left ear injury and a bald patch above the tail, together with the blood stained tail; obvious signs of scrapping with other Badgers, either over food or territory. 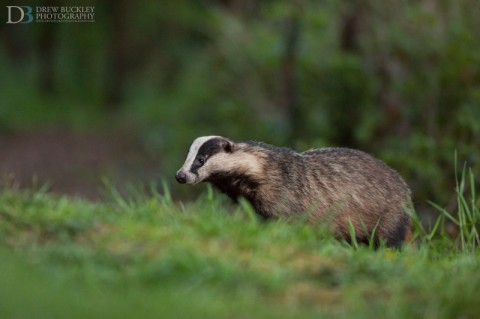 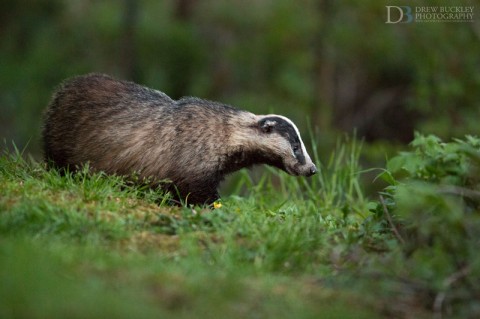 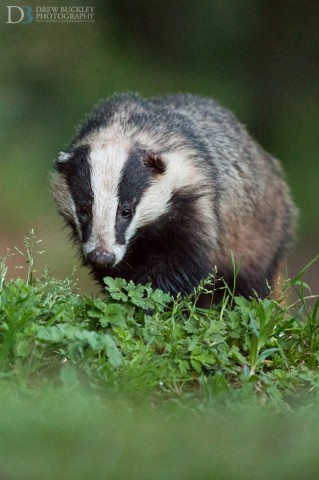 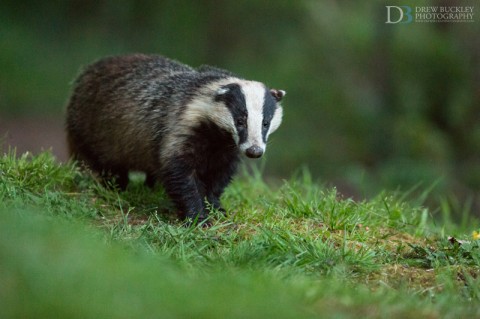 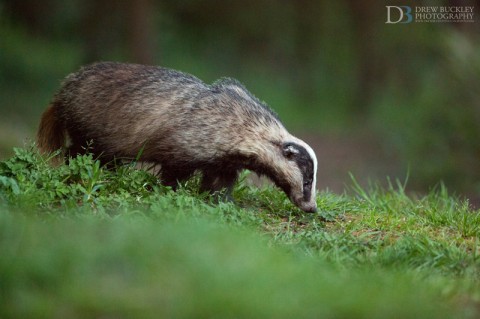 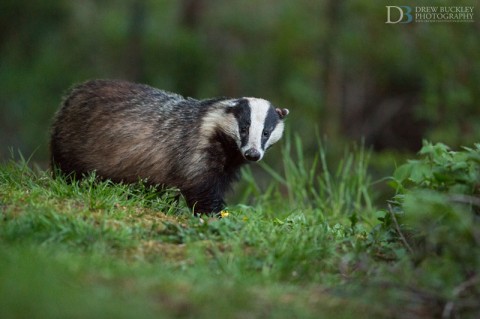 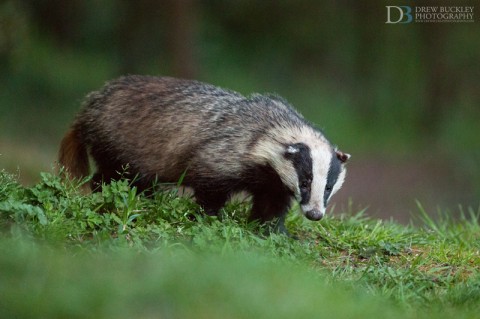 A nearby Blackbird (with chirping chicks) noticed the oncoming Badger and made enough noise for it to scare it off! Just as well, as it was then too dark to shoot then – left the trailcams to do their thing and video below.

Having seen the Badgers at Sett A start to come out early I set my hide up along from the sett a few days ago to get them used to it, last night I went into the hide just before eight o’clock and was happy to see one venturing out at twenty past eight. It’s the main female I’ve come to recognise on the night time videos, was also nice to finally ‘meet’ the clan members in daylight and see them in colour for a change. 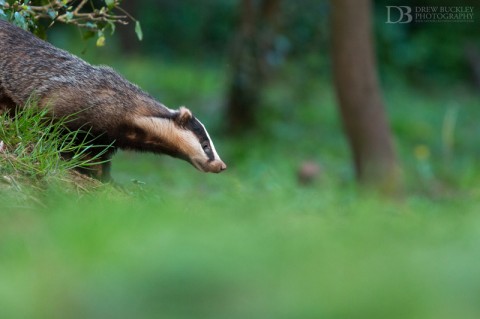 Venturing out of the sett, slinky side profile of a female badger 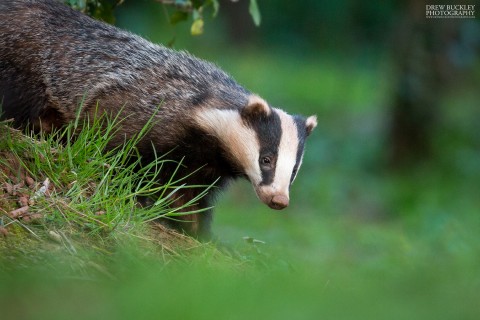 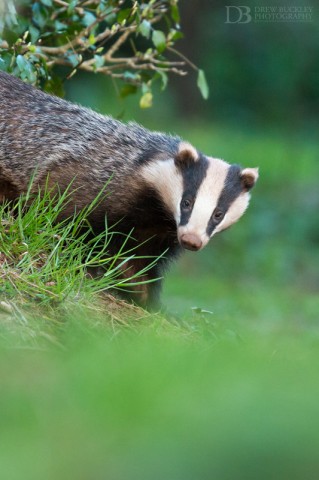 That one started feeding towards me, but was hidden behind the small grassy mound – need to make a few tweaks to the hide position so I get clearer views next time. The female disappeared, then one of the cubs came out along with the below (male I think). Was quite dark now so shooting at ISO 6400 on the 5D, shutter speeds down to 1/100 at f/2.8. 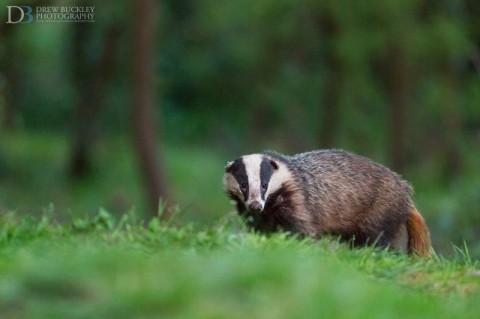 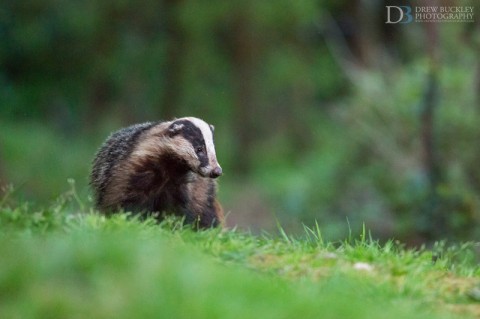 Haven’t checked the trail cams yet so hopefully have some more cub footage to upload.

What a great evening last night, some lovely appearances by the Badgers at Sett B, had them walking past me only a few feet away and witnessed one walking backwards dragging fresh bedding material (grass) towards the sett. Filmed it on my dSLR so will edit that together. Here’ some stills from the session. 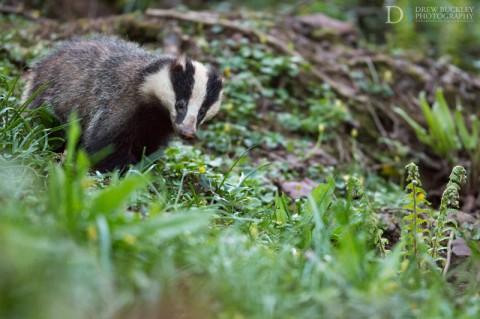 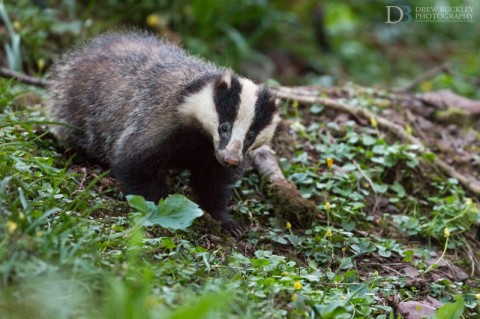 Also, on the trailcam at Sett A there’s now five! cubs and an extra adult made an appearance, capture some lovely playing behaviour between the cubs  – video below

Went to Sett B this evening with the camera in the hope of some early risers, just on the brink of darkness two appeared and begin to have a good scratch before heading out into the nearby fields to hunt. 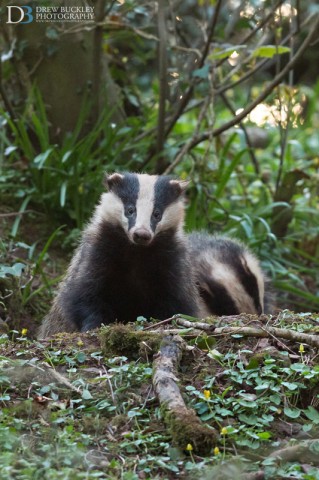 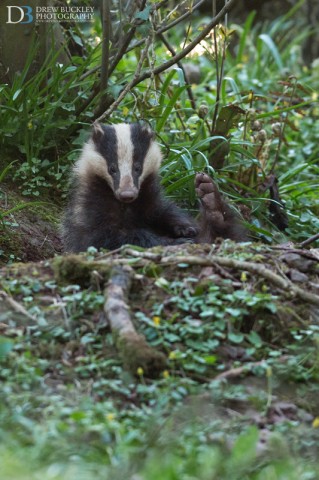 Night time videos from Sett A revealed that there’s another cub, so that’s four now – where has it been hiding these past four nights?! Video to follow…

Update – 4th May 2013 A few tweaks to the light output and position of the camera this evening, not getting the blown out section now which is good, I’m also happy to see another cub so that’s three cubs for this family, it must of been sleeping the other two nights! Also, captured some good behaviour from the adults.
Update – 3rd May 2013 Baby Badger runs into a tree – doh!
Update – 2nd May 2013
Please subscribe to my blog using the box on the top right of the page, and enter your email address to receive further updates on my Badger and other projects. Also follow me on social media by clicking the logos below. Thanks!