St Govan’s Chapel near Bosherston on the Pembrokeshire coastline. Long exposure of the stars rotating around Polaris (the North Star) while the cliffs, chapel and foreground is light by the full moon. A small Perseid meteor is also captured to the right of the image.

This image again took quite a bit of planning, this is part (45 minutes worth) of a three hour time-lapse sequence I was recording for a future film compilation. Finding an evening when the military range was open for access, a clear night, the moon in the right position and intensity and also don’t have to get early the next day 🙂 meant for a waiting game with the calendar. Thankfully there was enough of a clear spell last night for a clean sky for perfect star trailing. 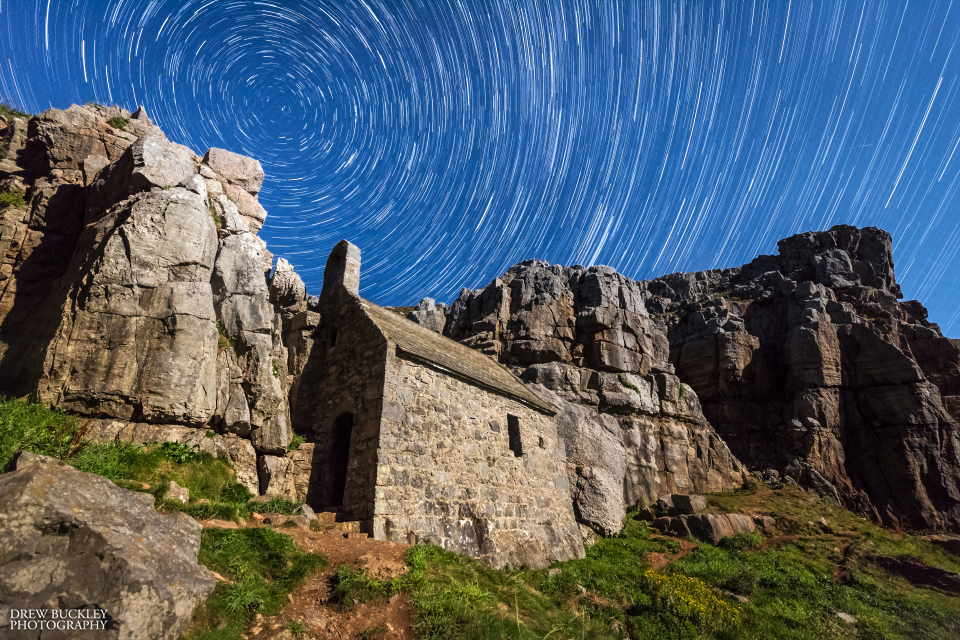 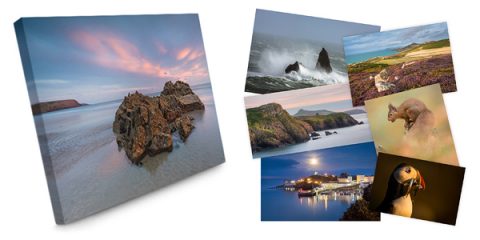 All images in the galleries are available to buy online as Prints and Canvas delivered directly to your door. Collection is not possible at this moment in time so postage is required.